My unhappiness with happiness

Relatively recently, happiness seems to have come to prominence in policy discussions.  David Cameron (initially) made it a centrepiece of the Coalition Government agenda, emblematic of the ‘new approaches to government’ promised in the Programme for Government.

This week ‘happiness’ has come my way twice.  (Spoiler Alert – it didn’t make me very happy.) 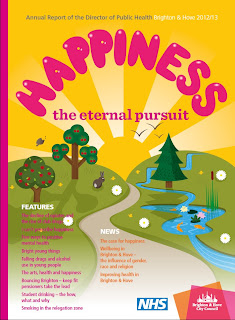 Second, I read Hannes Schwandt on the LSE Politics and Policy blog.

Schwandt was writing about how we can understand the commonly noticed dip in self-reported life satisfaction around middle age by looking at the discrepancy between life expectations and reality.  Put in cartoonish terms, we become unhappy in middle age because we realise that all those youthful dreams that kept us going through our teens, twenties and thirties are no longer achievable.  Life ain’t what we’d hoped.  By older age, though, we’ve reconciled ourselves to failure, and even predict worse outcomes than tend to happen – so we’re pleasantly surprised.  It really does pay to lower expectations, it seems. 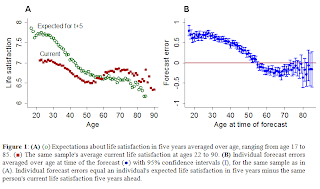 So why does all this talk of happiness make me unhappy?

Well, there’s a number of reasons.  (Obviously.  I couldn’t be brief.)

First, we could take Hannes Schwandt’s article as meaning that, rationally speaking, we’re not very good at judging what might be thought of as our own objective health or wellbeing.  That is, it’s our expectations of the world around us and our situation that make us ‘happy’ as much as those actual conditions.

If this form of subjective ‘happiness’ is an aim of government, I’m immediately reminded of something else that makes me unhappy: fear of crime.  Community Safety Partnerships and Police forces have as their strategic objectives making people feel safer.  Now, I don’t want to rehearse arguments that other people will understand much better than me, but the point is: PCSOs (to take the example linked to here) seem to exist as much to make people feel safe as to help ensure their safety.  A key role for PCSOs, according to the Met, is ‘closing the gap between the reality and fear of crime’.

I know that an idea of ‘objective’ wellbeing might seem ridiculous, but I think it helps to highlight that this is what government is actually dealing with most of the time: a set of conditions, or proxies (such as health or income), not actual ‘happiness’.

But perhaps, if happiness is the ‘eternal pursuit’, and national wellbeing tells one more about the country than national income, then these conditions and proxies government has some influence on are means to the end of ensuring ‘the greatest happiness of the greatest number’.

In actual fact, Schwandt’s analysis seems to suggest that a more direct manipulation of people’s happiness would be more effective.  He notes that we get used to our situation (e.g. level of income) and our happiness adjusts accordingly.  I’d have thought, therefore, the most reliable way to change our levels of happiness might be through some kind of ‘mindfulness’ programme that encouraged us to live in the moment – changing how we orient ourselves to the conditions we find ourselves in, rather than altering those conditions.
That is, you could say that if subjective happiness is government’s aim, and we know that people are unhappy when their hopes and dreams are dashed, we could make people happier by making them dream smaller.  I find this pretty discomfiting though.

Paul Willis’, Learning to Labour, a classic ethnographic work of young working-class Britons in the 1970s, outlines ways in working-class boys make a virtue of the (apparent) necessity of doing a working-class job.

As Willis puts it in the opening sentences:

In this case, having some disconnect between one’s aspirations and the most likely reality would be a positive thing, regardless of the ‘unhappiness’ involved.  Perhaps people would be right to be unhappy at doing certain jobs, or facing particular living conditions.  You might even talk about false consciousness.
This has particular implications for public health teams if we take to heart the points in this recently published article, which argues that public health hasn’t taken seriously enough the structural factors behind health inequalities, preferring instead to focus on individual ‘healthy behaviours’.

And this doesn’t need to be about a left-wing conscience.  Those on the entrepreneurial right could embrace this wish for some kind of disconnect; where else does the ‘entrepreneurial’ or ‘aspirational’ spirit so beloved of many on the right come from?  In fact, what else is aspiration but an unhappiness with the status quo?

This discomfort raises the fundamental question: is happiness really, as Brighton and Hove’s public health team tells us, ‘the eternal pursuit’?  Or perhaps more importantly, should it be?

And in turn, this raises the more fundamental question of, well, what do we actually mean by happiness? 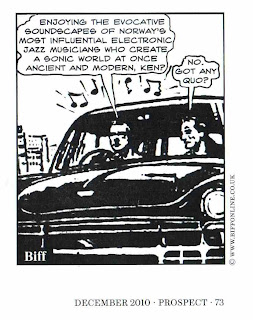 On this, I’m a bit torn.  ‘Happiness’ could be defined in a hedonic way, as pleasure, and this would fit with the fact that I’ve always said that I’d rather be a happy pig than an unhappy philosopher, and I think that’s probably still true to an extent.  It’s what lies behind some of my defences of ‘binge’ drinking: I don’t like the idea of ‘higher’ and ‘lower’ pleasures.  (I know that’s not a serious philosophical argument to say I ‘don’t like’ the idea, but it’s one of the levels at which I’m responding.  The other is Bourdieu.)

Of course we might mean something more like Aristotle’s ‘eudaimonia’, which I would approximately translate as ‘fulfilment’.  This sort of concept could be compatible with the Millian preference for unhappy philosophising.  It could also come pretty close to the Protestant Ethic, whereby we praise God by working hard to fulfil our potential in the God-given skills we’ve got.

In any case, whether in Aristotle or Mill, there’s an understanding that quite what this means might vary from person to person.  Moreover, there’s various ‘pleasures’ we’d need to balance (the ‘binge’ against the hangover).  So whether we mean pleasure or fulfilment, if ‘happiness’ is going to be the key duty of government, we probably ought to have a think about what goes into the concept.*

However, in the case of the Brighton public health work, we don’t need to have this debate.  It turns out that all the basic form of analysis is the same as previous years, and ‘happiness’ is just a way to structure a discussion of familiar stats on STI incidence, drug-related deaths, numbers of opiate users, prevalence of smoking during pregnancy and so forth.  It just so happens that all these things that public health teams have always cared about fit neatly with ‘happiness’: people who are less promiscuous, drink less, take drugs less often and so forth so that they are publicly healthy are happier (e.g. p.47).

In this way of presenting health as central to happiness, the Brighton report isn’t too far from David Cameron’s point early in the introduction of the ‘happiness index’, when he admitted that he would be concentrating on economic policy, because without money people wouldn’t be able to do the things they enjoy.

Or is it the other way round?  On page 4 of the Brighton report the suggestion is that ‘positive emotions’ make you healthy, and that’s why we should be encouraging ‘happiness’.  By this reasoning, happiness is a means to an end – public health.

Either way, I can’t really see that using the concept of ‘happiness’ helps us understand the issues any better.  Is health a good in itself?  Is community?  Or do we need to explain that people are ‘happier’ with them?  Rather than them enhancing my wellbeing, I think I’d start to find community and religion a bit depressing, actually, if the reason I was participating was to squeeze a few extra years out of my life.  (Now that really would be the instrumentalism in friendship that Winlow and Hall talk about.)

So, bluntly, there’s no clarity around what ‘happiness’ means.  I’d go as far as to suggest that ‘happiness’ is simply a way of obscuring genuine value judgements and balancing of competing claims – and that this sort of use raises more questions than it answers.

In fact, this is precisely what the Director of Public Health says about the report – as a boast.  He claims that readers will be ‘relieved’ (not ‘happy’?) that the report contains more questions than answers.  Personally, I’d like a few more answers.

*I could at this point turn this post into one of my usual complaints about how politics doesn’t focus enough on fundamental values and aims, with debate being conducted at the level of ‘we like good things’, where ‘good’ has been so emptied of content that it’s impossible to really disagree.  Then suddenly we move onto a debate about ‘what works’, as a rhetorical device to present as unquestioned what is actually a value judgement plus a compromise between competing interests, as a policy decision always is.
Posted by Will Haydock at 01:40